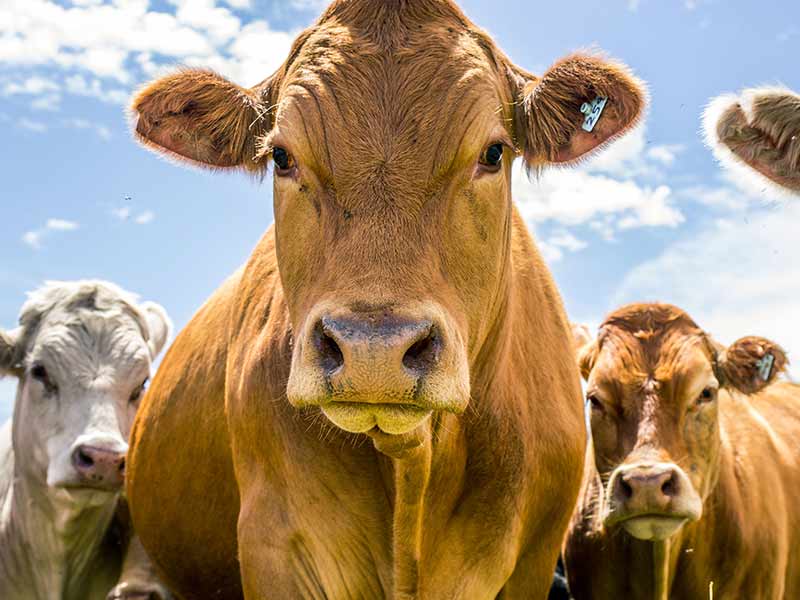 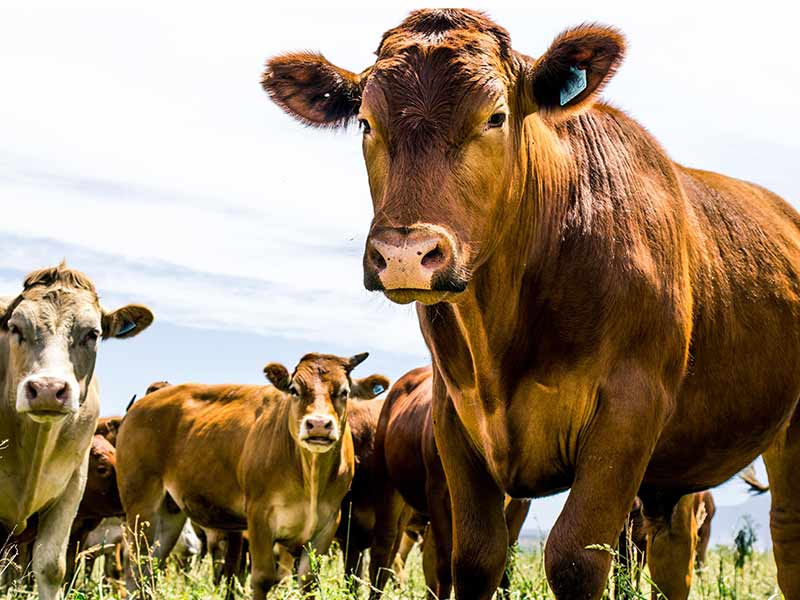 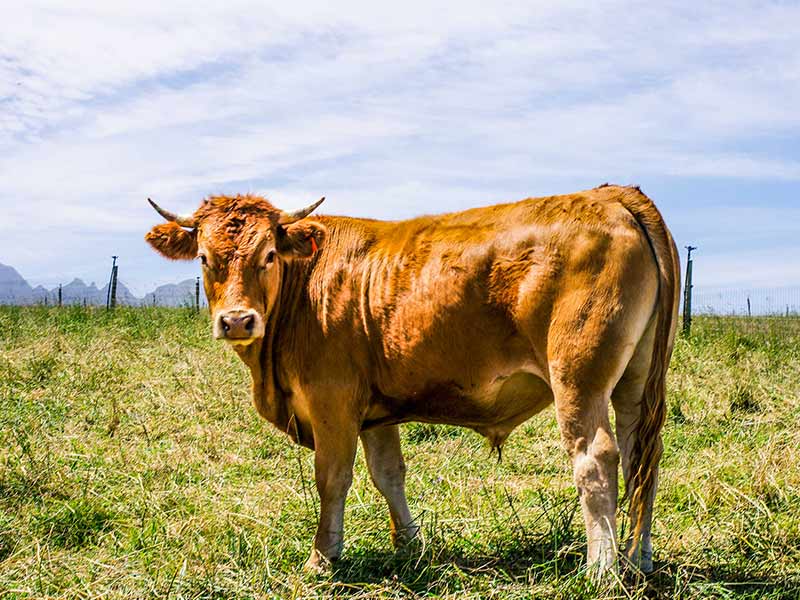 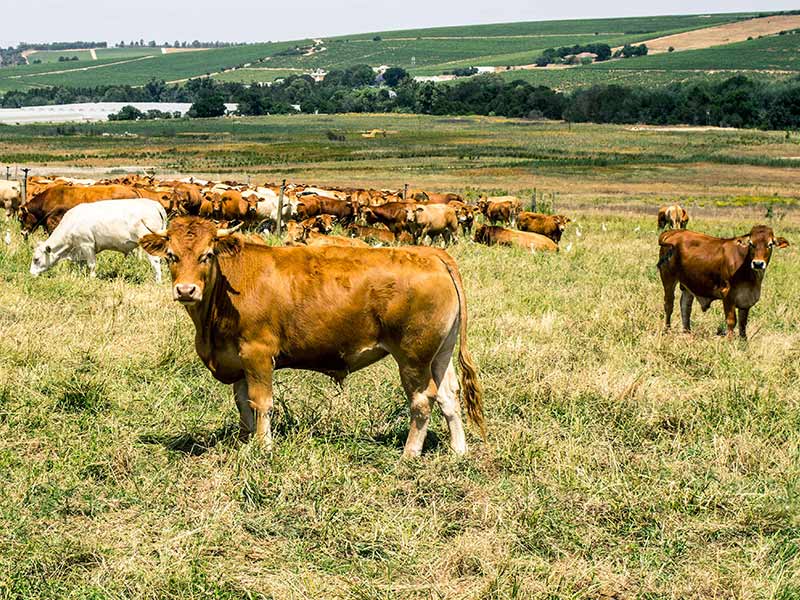 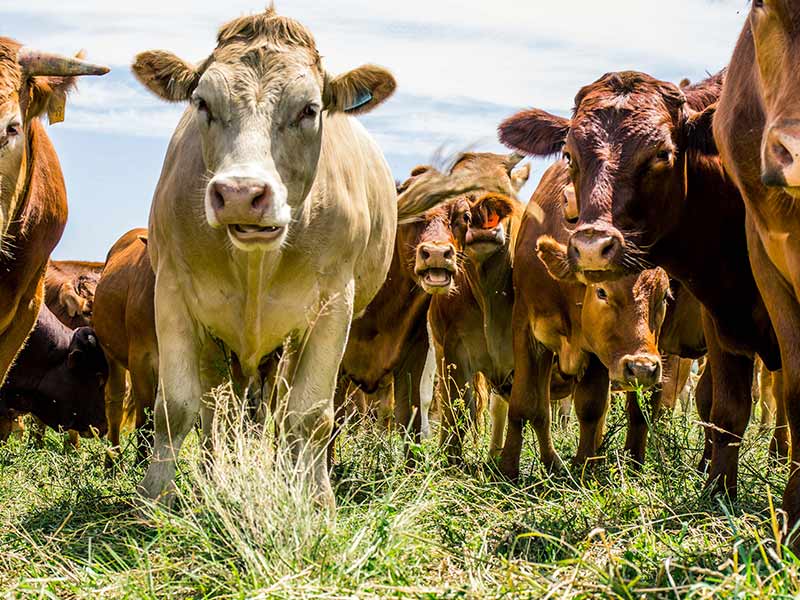 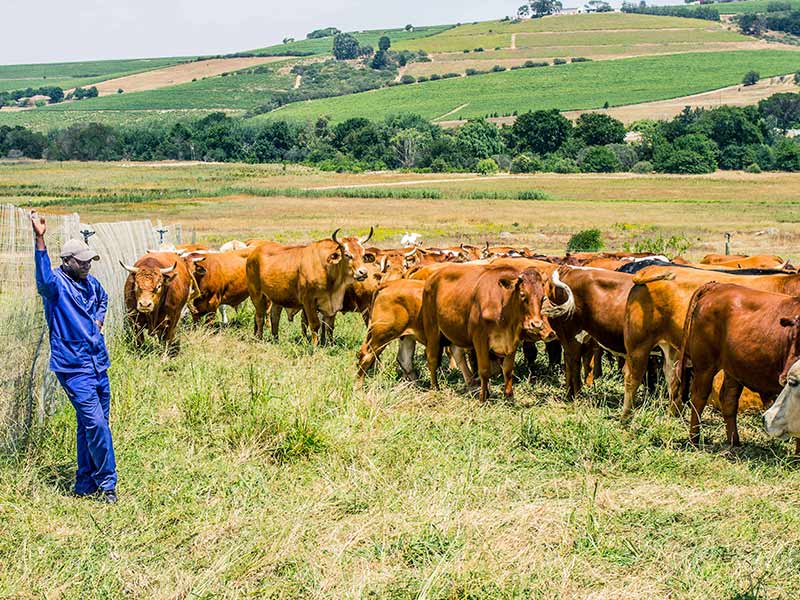 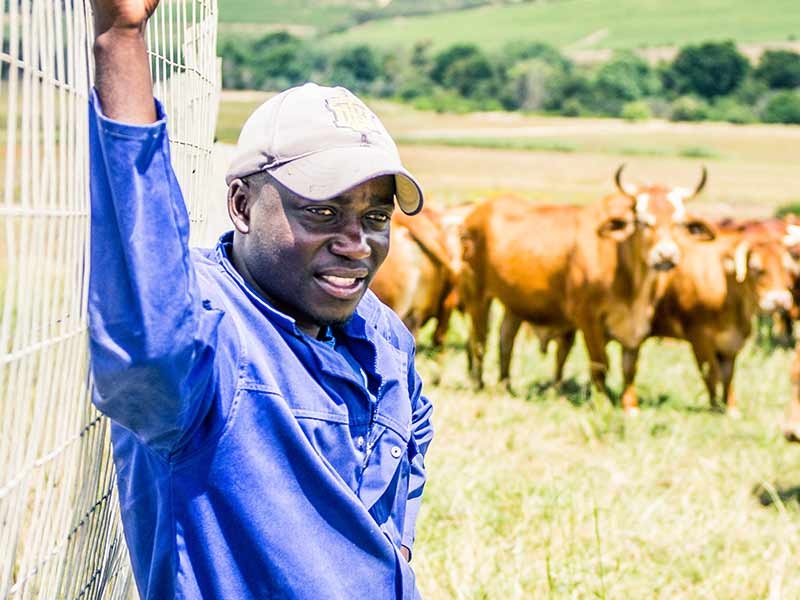 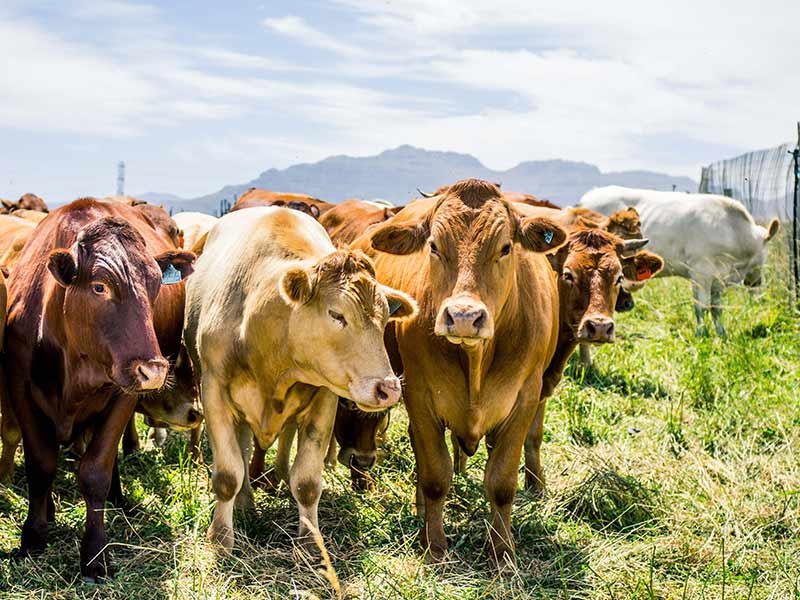 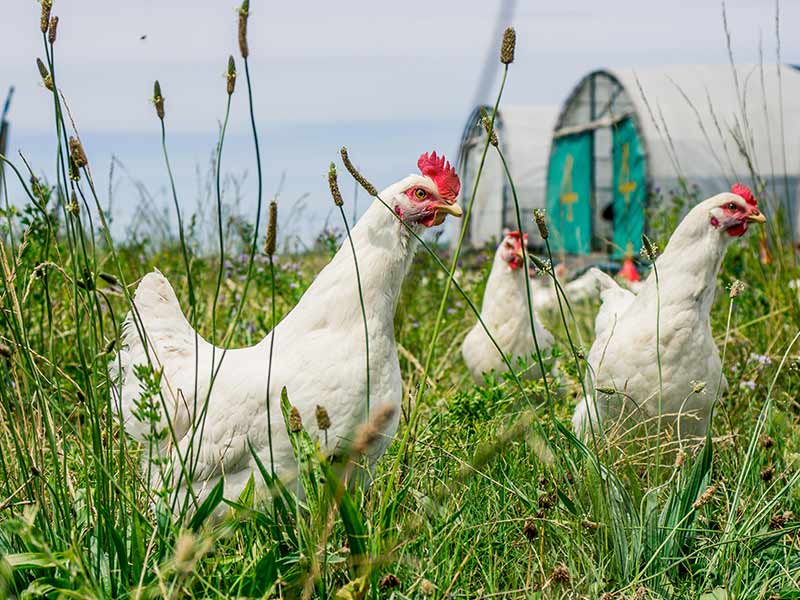 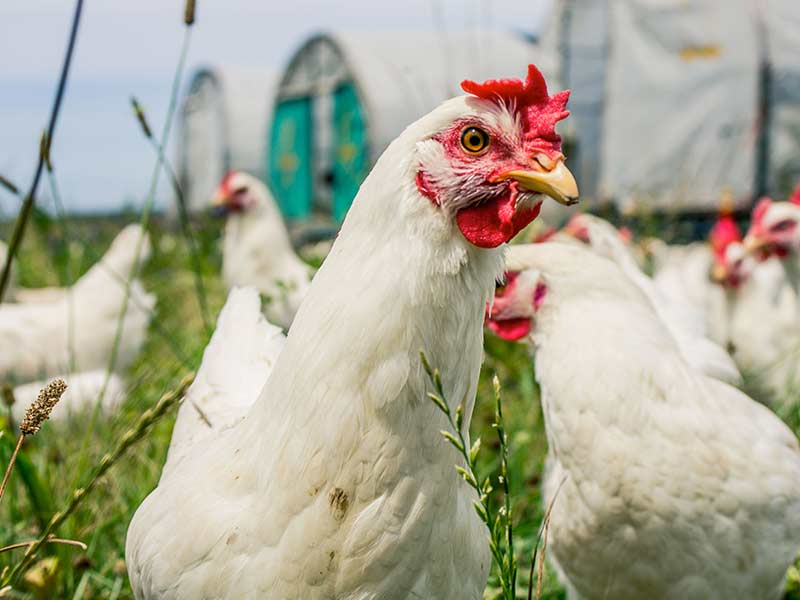 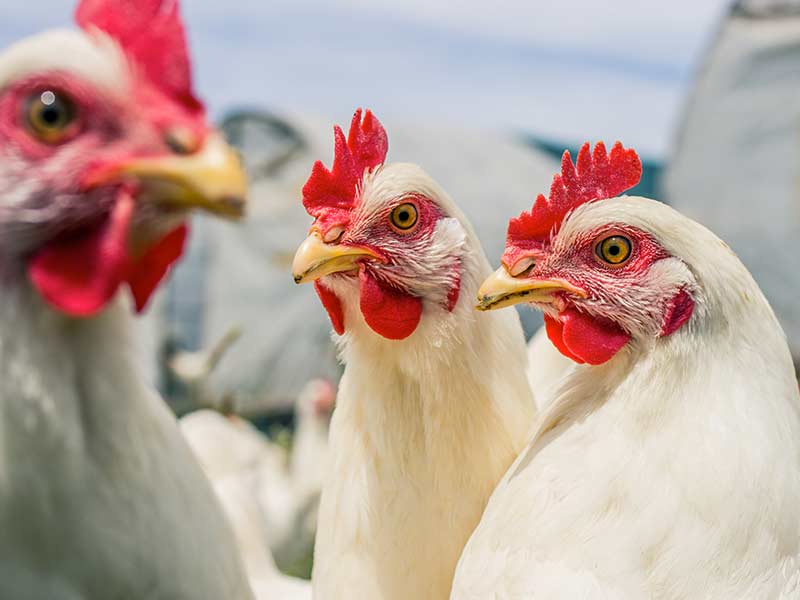 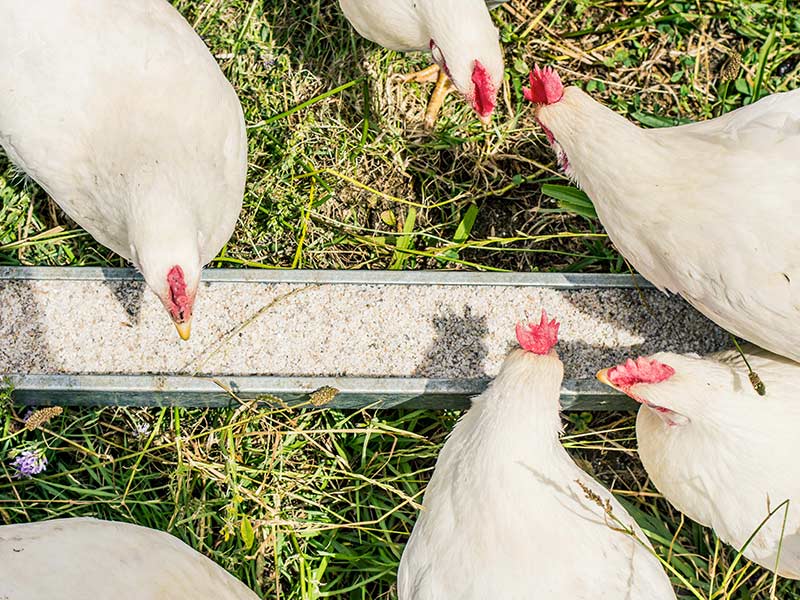 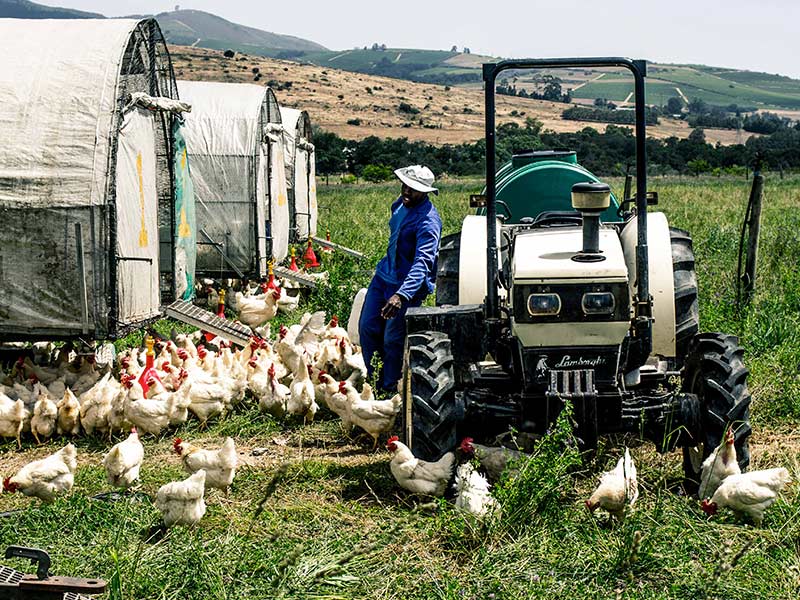 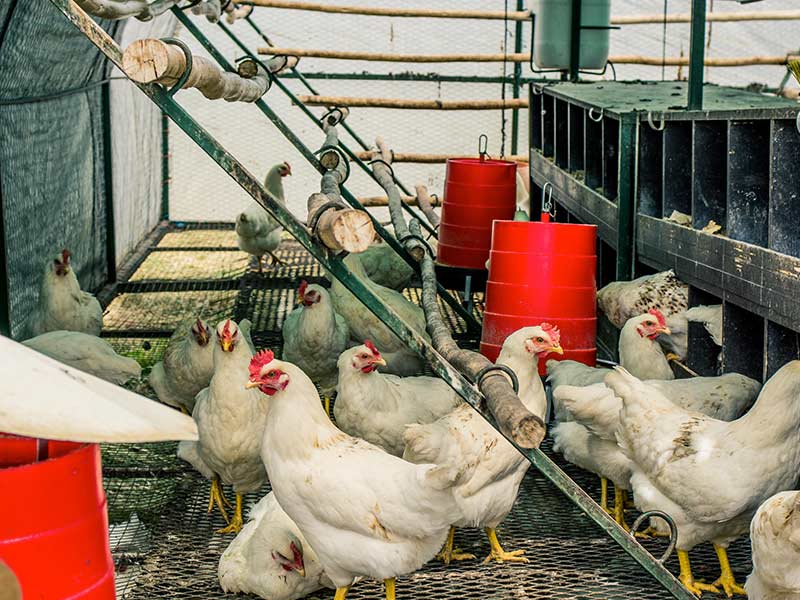 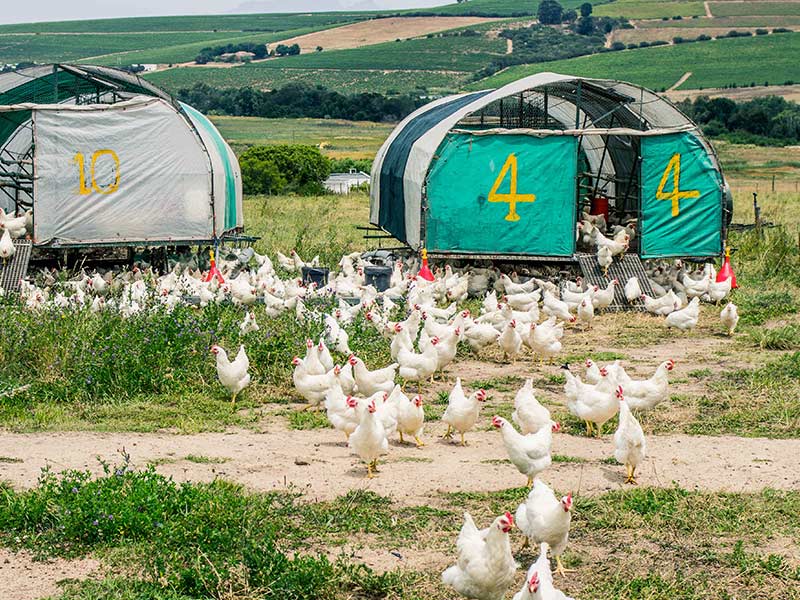 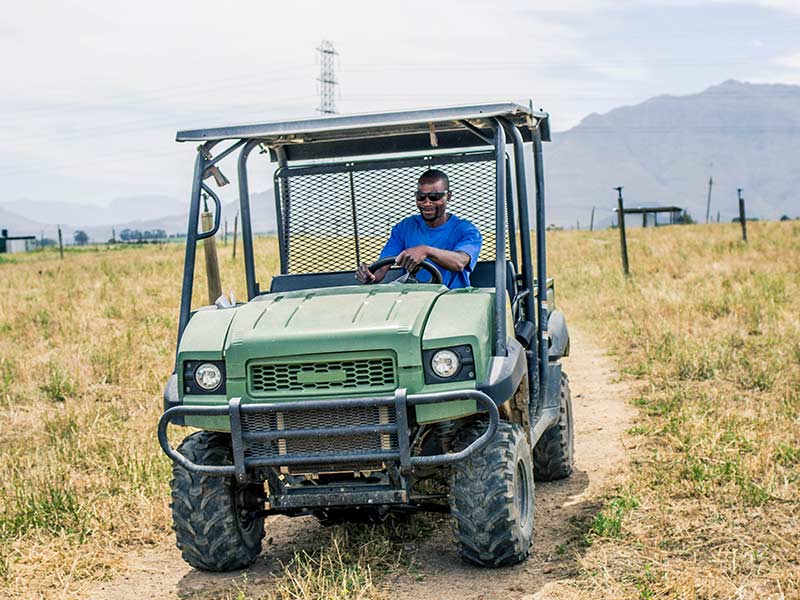 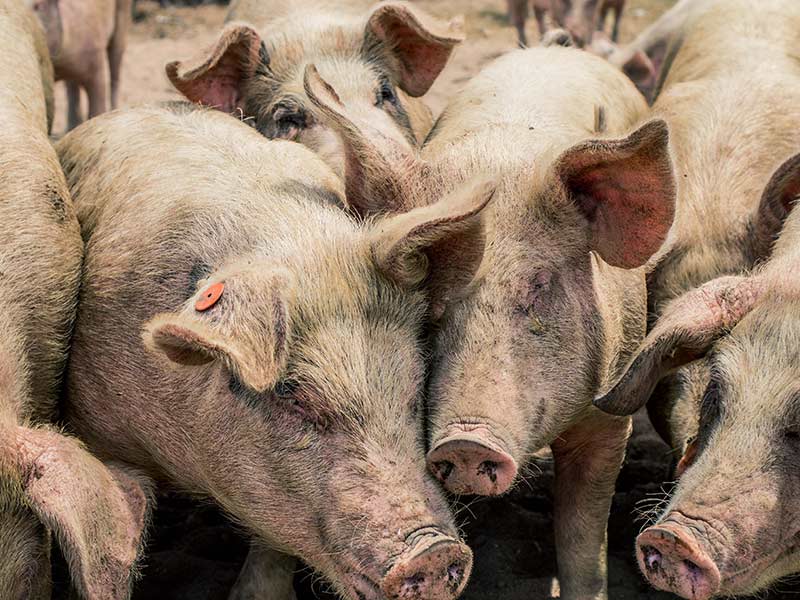 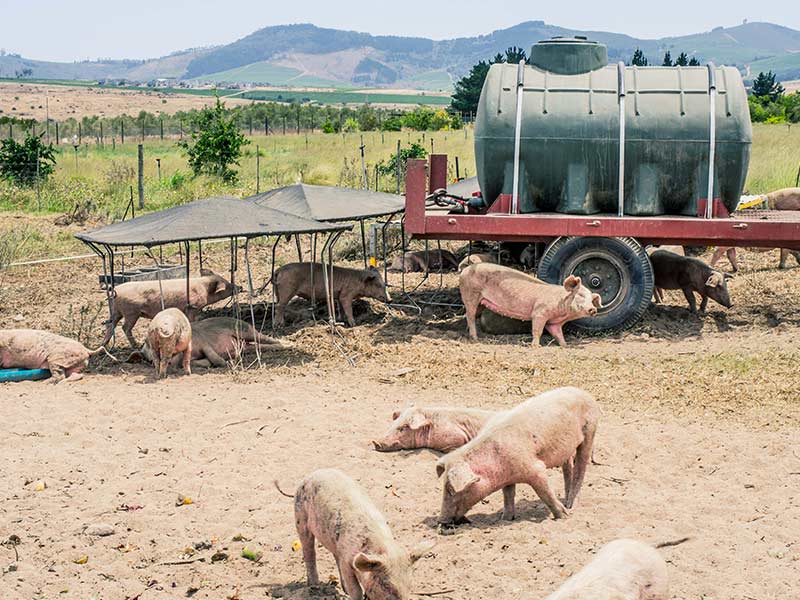 What you eat, and how it is produced, influences the climate.

Since April 2009 Angus McIntosh has managed a portion of Spier agriculture that involves 154 hectares of irrigated pasture and some vineyards. On this land regenerative agriculture is practised, with an emphasis on high-density “mob-grazing”. This technique involves frequent stock rotations (cattle are moved up to 6 times a day) aimed at “using livestock to mimic nature” and restoring carbon and nitrogen contained in livestock and poultry urine to the soil profile.

This TED Talk by Angus tells the story as only he can, and here is his write-up of his 2020 carbon audit.

The project’s pasture management is based on the high density grazing methodology developed in the 1980s and espoused by Andre Voison, Allan Savory and Ian Mitchell-Innes. The presence of many animals crammed into a small space for a short period of time deposits enormous amounts of manure and urine on the land and leads to healthy, vigorous pasture growth achieved without applying any fertiliser to the land. Cattle are moved between four and six times per day, laying hens, accommodated in Farmer Angus’s  “Egg-mobiles”, are moved every day.

The project supplies chicken, beef and eggs to retail outlets and restaurants in the region, displacing the supply of industrially produced animal protein to these markets. The climate change impacts of industrial cattle (in particular) and poultry farming are well-documented. The extent of natural ecosystems destroyed to create feed and pasture for cattle is greater than that for all other domestic animals and crops combined and cattle methane from cattle is a source of greenhouse gases. In this project no grains are farmed to provide animal feed and pastures have been recreated from highly compromised land, from which the fertile topsoil has historically been stripped.

No inorganic fertilisers are used in this project and no grains are used as animal feed, thereby disassociating the farming practise with industrial agriculture.

Soil analyses conducted by Brookeside Laboratories in Ohio confirm a significant and rapid enhancement of soil organic carbon (SOC) in the soil over an 18 month period between September 2011 and January 2013, which has now extended into 2020.

The farming operation employs 35 people, three of whom act as continual herdsmen to the cattle.

The audited carbon savings resulting from this project are 8 785 tCO2 to date.
Savings are the result of the additional tCO2 sequestered in the soil as the result of this mode of agriculture – a Scope 1 emissions saving. The Scope 3 saving relating to the obviated need to produce and import grain as a feedstock has not been included.

A documentary, Kiss the Ground, explains the benefits of regenerative farming and the extraordinary scale of the the amount of carbon dioxide our soil and vegetation can draw down from the atmosphere and store underground. The movie is now available on Netflix.

In line with Credible Carbon requirements, 50% of the income generated by the sale of carbon credits is paid directly to the project’s employees.  The impact of this revenue on employee well-being and poverty alleviation will be subjected to subsequent audits. Here is a short piece on a Spier Mob Grazing staff member, Tambo.

And here is an interview with Farmer Angus done in early 2021: Stellenbosch farm reduces greenhouse gases in the atmosphere by storing CO2 in the soil